Cardiovascular health: the benefits of a vitamin B5 derivative 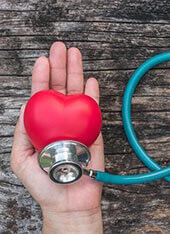 It is widely-recognised that the accumulation of ‘bad’ LDL-cholesterol in the arteries is a risk factor for cardiovascular disease. Extensive research has led to the development of treatments to normalise the lipid profile which includes levels of LDL-cholesterol and triglycerides. Statins are undoubtedly the best-known cholesterol-lowering drugs, but their use is often challenged because of unwelcome side-effects. Natural alternatives are therefore being investigated by the scientific community, one of which is pantethine - a molecule derived from vitamin B5 which has demonstrated highly promising results for improving cardiovascular health. Here we explore its considerable therapeutic potential.

Pantethine, a molecule derived from vitamin B5

Pantethine, or bis-pantethine, is a combination of two molecules of vitamin B5. It is a precursor of coenzyme A (CoA), a substance involved in many reactions in the body, notably the metabolism of fats and carbohydrates. As a result, several studies have investigated the effects of pantethine supplementation on improving the lipid profile and thus preventing the development of cardiovascular disease.

Scientists have found that pantethine may increase levels of coenzyme A, while at the same time helping to inhibit acetyl-CoA carboxylase and HMG-CoA reductase, two enzymes involved in triglyceride synthesis and lipoprotein metabolism. This inhibitory effect may improve the metabolism of lipoproteins including LDL-cholesterol and HDL-cholesterol. Pantethine could therefore help combat excess ‘bad’ cholesterol and prevent certain health problems. In order to better understand this anti-cholesterol effect, a group of American, Canadian and Japanese researchers tested the effects of pantethine supplementation in subjects at risk of developing cardiovascular disease.

Their study involved 32 American patients, divided into a control group, and a group supplemented with pantethine at the following doses:

The researchers conducted a number of tests throughout the study to measure pantethine’s bioactivity. Published in the journal Vascular Health Risk Management1, their results confirmed that pantethine had a beneficial effect on the lipid profile. After 16 weeks of supplementation, significant decreases in levels of total cholesterol and ‘bad’ LDL-cholesterol were observed – the latter fell by 11%. This reduction was particularly marked between weeks 8 and 16, the period during which the higher dose was administered.

These highly encouraging results confirm pantethine’s therapeutic potential. While additional research is underway to shed further light on panthethine’s mechanism of action, this study supports the hypothesis that it has a powerful anti-cholesterol effect. Current data therefore suggests that pantethine helps to maintain normal cholesterol levels, combat ‘bad’ cholesterol and prevent certain cardiovascular problems. As a result, pantethine-based dietary supplements, such as the (patented formulation Pantesin™, are now available to help fight hypercholesterolaemia and hyperlipidaemia.

A derivative form of vitamin B5 for combatting ‘bad’ cholesterol