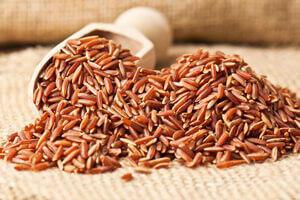 What we address here is not whether you should continue to take conventional statins or natural alternatives such as red yeast rice, but the importance of supplementing either form of statin with Coenzyme Q10. If, for whatever reason, you have been prescribed a statin or statin-like alternative, supplementing with Co-Q10 - and in particular ubiquinol - is virtually essential in order to prevent the side-effects associated with this type of drug or supplement.

Statins - be they natural like red yeast rice or medically-prescribed (simvastatin, pravastatin, atorvastatin, rosuvastatin) - offer an effective way of reducing blood lipids, but as with all highly effective drugs or supplements, they have side-effects. In this case, they reduce plasma levels of CoQ10 which may partly explain the muscle pain, and perhaps also the cognitive dysfunction, seen in animals treated with statins. 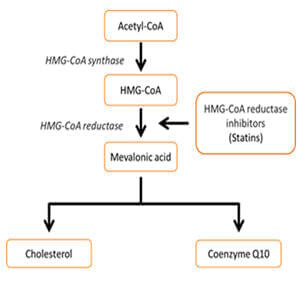 Indeed, between 5% and 10% of people taking statins (some studies put it as high as 22%) are estimated to suffer muscular problems, ranging from simple pain to rhabdomyolysis (degeneration of muscle tissue).
By inhibiting the enzyme HMG-CoA reductase, statins not only block endogenous production of cholesterol in the liver, but also that of coenzyme Q10, hence the decreased levels of this fat-soluble endogenous antioxidant observed in certain people being treated with these drugs. Red yeast rice, policosanol and rice bran oil also affect this key lipid metabolism enzyme and can in the long-term cause reductions in plasma Co-Q10.

At the beginning of the 1990s, cardiologist Peter Langsjoen of the Tyler Medical Center in Texas published a study clearly demonstrating the mechanisms through which statins not only lower cholesterol levels but also inhibit endogenous production of CoQ10. The latter, according to Langsjoen, constituted a new risk for cardiac disease given CoQ10’s acknowledged importance for healthy cardiovascular function.
In the years that followed, more than ten controlled trials highlighted a link between taking statins and significant reductions - of 19-54% - in plasma levels of CoQ10 1,2,3 and mitochondrial dysfunction.
In a 2012 study conducted at the University Hospital in Prague, taking Q10 for six months was shown to reduce statin-induced muscle pain (myalgia) and muscle weakness by around 54% and 44% respectively. 4.

Danish researchers observed that taking simvastatin, one of a number of commonly-prescribed cholesterol-lowering drugs, reduced glucose tolerance and levels of Q10. Their results5, published in the journal of the American College of Cardiology showed that while statins offer benefits to millions of people at risk of cardiovascular disease, their effect on levels of Q10, an important mitochondrial co-factor, has been under-reported in the mainstream medical media.
The study examined 10 subjects taking simvastatin for at least a year, and 10 healthy controls. Participants underwent oral glucose tolerance tests, skeletal muscle biopsies and blood analyses.
A frequently-reported side effect of taking statins is muscle pain, though the mechanism responsible is not really understood. The Danish scientists hypothesised that the fall in Q10 levels in skeletal muscle may inhibit the capacity for oxidative phosphorylation in the mitochondria.
Four of the simvastatin group volunteers reported muscle pain.
The researchers noted that the glucose levels of simvastatin-treated subjects were significantly higher in oral glucose tolerance tests compared with untreated controls. In addition, tissue biopsies showed reduced CoQ10 and oxidative phosphorylation capacity in those given simvastatin compared with controls, which may partly explain the muscle pain and exercise intolerance reported by many patients taking statins.

The findings of a randomised trial6 reported in Nutrition Journal showed that taking 300mg of Q10 a day reduced inflammation and increased antioxidant enzyme activity in coronary disease patients taking statins. Chronic inflammation triggered by increased oxidative stress is believed to contribute to the development of cardiovascular disease.
In a Taiwanese study, 42 male and female coronary stenosis patients who had been treated with statins for at least a month were given either 300mg of Q10 or a placebo for a period of 12 weeks. Blood samples taken at the start and end of the trial were analysed for levels of CoQ10, vitamin E, inflammation markers (C-reactive protein, tumour necrosis factor alpha (TNF-alpha) and interleukin 6) and activity of antioxidant enzymes such as superoxide dismutase (SOD), catalase and glutathione peroxidase.
In those receiving CoQ10, researchers observed decreases in interleukin-6 and TNF-alpha, indicating a reduction in inflammation, as well as significant increases, compared with the placebo group, in levels of SOD, catalase, glutathione peroxidase and vitamin E.
The study’s authors concluded that “patients suffering from coronary disease may benefit from taking coenzyme Q10 supplements in order to increase their antioxidant and anti-inflammatory capacity while being treated with statins”.
An earlier study7 had already demonstrated that taking CoQ10 could improve endothelial function in diabetic patients taking statins. In this 12-week, double-blind study of 23 type 2 diabetics treated with statins, taking 200mg of CoQ10 a day had been shown to improve endothelial function by reducing the harmful effects of oxidative stress at a vascular level.
A statin-induced fall in the body’s CoQ10 levels is problematic because it leads to a decrease in cellular energy and a significant reduction in antioxidant protection, potentially damaging DNA, lipids and proteins, and thus accelerating the ageing process and its associated diseases.
It is therefore seriously worth considering supplementing with Q10, preferably in the reduced form of CoQ10 - Ubiquinol. More than 90% of CoQ10 in plasma is in this reduced form and since Ubiquinol requires no initial modification by the body, it immediately increases plasma Q10 concentrations in its reduced form. Unlike the traditional ubiquinone form of CoQ10 which first requires enzymatic reduction, Ubiquinol is ready to be used for cellular respiration and energy production from the moment it is taken.
In conclusion, since statins are known to reduce the body’s levels of CoQ10 - a substance which plays a crucial role in our cardiovascular and general health - those taking statins are strongly advised to supplement with Ubiquinol at a dose of at least 100-200mg a day.