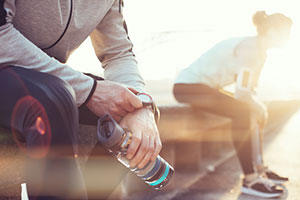 Whether you’re an amateur or professional sportsperson, you’ve probably wondered how you could improve your post-exercise recovery. In fact, this is an issue which has been widely investigated in the field of sports nutrition – and with good cause, since diet plays a key role in muscle activity and recovery. Scientists studying the effects of several nutrients in this context recently highlighted the benefits of a combination of proteins and antioxidants for promoting muscle recovery and increasing muscle strength. Read on to discover the results of their research, published in the specialist publication Journal of the International Society of Sports Nutrition1.

The objective of this new study was to find a way of improving muscle recovery following high intensity physical exercise. Researchers focused on eccentric training which is highly effective at increasing muscle strength but is also very demanding on the muscles and joints. Depending on how it makes the muscles contract, exercise can actually be classified as follows:

Evaluating the benefits of nutrients recognised in sports nutrition

With the aim of optimising post-workout recovery, the researchers decided to evaluate nutrients recognised in sports nutrition: proteins and antioxidants. Proteins consist of chains of amino acids and are integral to muscle cell structure. Popular with weight-trainers, proteins are primarily involved in maintaining and renewing muscle mass and also help repair micro-lesions in muscles. Antioxidants are also recognised in the sports world for scavenging free radicals and thus preventing muscle damage. Free radicals are by-products of respiration and thus increase in number during intensive exercise. Like proteins, antioxidants therefore offer significant support for muscular activity and for speeding up post-exercise recovery. For this reason, antioxidants and the amino acids that make up proteins feature in the formulations of many sports-oriented dietary supplements.

Beneficial combination of antioxidants and proteins

Based on the significant benefits of antioxidants and proteins for sportspeople, the researchers examined the effects of a combination of these molecules among a group of 60 healthy young adults. Subjects were divided into three groups:

- the first – a control group – received a placebo;
- the second was given protein supplements;
- the third took a combination of antioxidants and proteins.

In each case, supplementation was administered in three doses:

The differences between the three groups were analysed using various parameters in knee extensor muscles, including peak isokinetic torque and peak isometric torque, two factors indicative of muscle strength and sports performance. To confirm the efficacy of the protein/antioxidant combination on muscle recovery, these measurements were taken before supplementation was administered, and then at 1, 2, 6 and 24 hours after the exercises.

The measurements taken prior to supplementation substantiated the relevance of the study. In order for the study to be valid, it had to involve subjects with several common parameters such as muscle strength and thigh circumference. In addition, the eccentric contraction exercises had to be significant enough to allow evaluation of the supplementation’s effect on recovery.
Once these elements had been confirmed, the scientists monitored and compared the supplementation’s effects, noting significant differences between the three groups. Compared with the control group, those subjects given either protein supplements, or the antioxidant/protein combo, displayed better results in terms of peak isokinetic strength and peak isometric strength. The combination group also experienced less muscle pain compared with the other two groups.

This study has confirmed the efficacy of eccentric contraction exercises for gaining muscle strength, as well as the importance of a good protein intake for supporting muscle activity. Most importantly, it has demonstrated the benefits of combining an adequate protein intake with antioxidant supplementation in order to promote post-workout recovery and reduce muscle soreness.

It is possible to obtain the muscle-repairing benefits of this combination in the form of natural protein isolate nutritional supplements and antioxidants extracted from plants.


> Source :
1. Stephen J. Ives, et al., Effects of a combined protein and antioxidant supplement on recovery of muscle function and soreness following eccentric exercise, Journal of the International Society of Sports Nutrition, 2017, 14:21.
Order the nutrients mentioned in this article

The best, most absorbable protein available … and it’s not just for sportspeople! 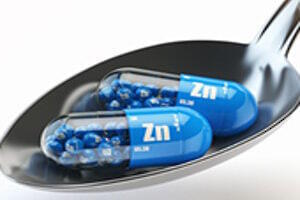 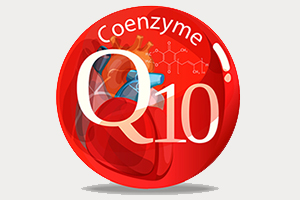