menuSubjects
Welcome   >  Heart and circulation  >  A nutrient that rejuvenates...

A nutrient that rejuvenates the skin and arteries 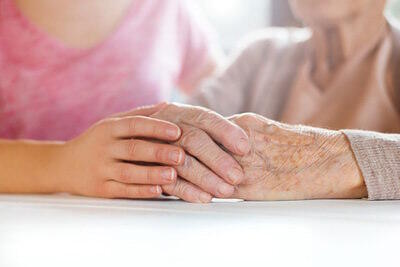 Imagine a nutrient that could prevent wrinkles, slackening and ageing of the skin, not just on the face (eyelids, cheeks, lips) but also on the thighs or underarms.

Imagine too that while you look at yourself in the bathroom mirror year after year and see your face remaining young-looking, your arteries, eyes and kidneys - without which you could not observe this miracle - would also have stopped ageing!

Your arteries, which would have been getting increasingly hardened, or even blocked, would retain their suppleness and elasticity. And this would translate into more energy, less shortness of breath, and a reduced risk of heart attack or stroke.

Well it seems that such an extraordinary nutrient does exist, and is present in most of the meat you eat: it is in fact an amino acid called "carnosine".

So if you eat meat on a regular basis, you are consuming carnosine without realising it.

However, two simple facts explain why it is not producing this visible anti-ageing effect. :

Firstly, the maximum daily intake from the diet will be somewhere between 25 and 50mg while the above effects are only observed with intakes of between 1000 and 1500mg.
Secondly, there is a substance in the digestive tract that destroys carnosine - an enzyme called carnosinase.

To benefit from its anti-ageing effects, it is therefore necessary to take carnosine in the form of a dietary supplement.

How does carnosine work ?

Tissues such as the skin, arteries, eye membranes and kidneys become damaged by oxidation and glycation.

Oxidation is a process akin to ‘rusting’ or in the case of fats, ‘rancidity’.

The body is under constant attack from aggressive, ravaging molecules called ‘free radicals’ which are responsible for oxidation. Free radicals are generated as a result of: - smoking, excessive alcohol, atmospheric pollution (fine particles, ozone ….);
– stress, which produces cortisol ;
– chemical pollution and radiation, including from the sun ;
– and the mere act of breathing : when we breathe, we absorb oxygen which ‘burns’ nutrients to produce cellular energy. Just as an engine produces smoke, this combustion process creates free radicals. Oxidation robs the cells of their properties - they become poisoned and then die. In the worst cases, oxidation causes mutations in DNA and can lead to cancerous tumours.

Carnosine has been found to have a powerful antioxidant effect. When ingested in sufficient quantities (1000-1500mg a day), it can prevent the destruction of billions of your body’s cells, every day. These cells can therefore continue to divide undamaged, which explains how your tissues (skin, arteries, kidneys, eye membranes) age less quickly.

But that’s not all. Carnosine is also one of the rare substances to have anti-glycation effects.

It is just as important to prevent glycation as it is oxidation.

The process of glycation is much less well-known by the public than oxidation.

Yet for an anti-ageing regime to be truly effective, it is just as important to combat glycation as it is oxidation. Glycation is caused not by free radicals but by the presence of glucose (sugar) in the body. The higher your blood levels of sugar, the greater the degree of glycation and the faster the ageing process. That is why a disease such as diabetes can be likened to accelerated ageing.

What exactly is glycation? 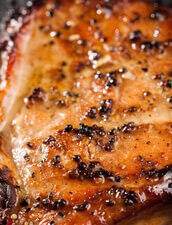 It is the process, on a microscopic scale, of ‘caramelisation’. If you take a piece of meat, coat it in sugar and then cook it, the sugar melts and binds to the proteins in the meat to form a hard, caramelised layer.

This process, which takes a matter of seconds in a pan at high temperature, is happening slowly in your body all the time, at a microscopic or cellular level. After several decades, this caramelisation, or to use its medical term, ‘glycation’, has become well enough established to be visible and even worrying since it is a potential cause of serious disease.

In fact, glycated proteins knit together, in a process known as cross-linking. All the time that proteins are forming cross-links, the body’s tissues are becoming increasingly stiff and hardened.

Take the skin, for example. Your skin is supported by a matrix of tissue called the dermis. Located beneath the epidermis, the dermis is what gives the skin its elasticity and smoothness. It is comprised of collagen fibres (firm gelatin) and elastin.

Over time, the sugar molecules in your blood bind to these proteins. The collagen fibres and elastin become stiff and then break under the effects of glycation. This results in wrinkles, a loosening of the epidermis, skin dryness and more and more problems to repair.

The same process is taking place in hardening of the arteries, as well as in kidney cells and in cataracts.

So, at the age of 40, if you limit your sugar and grilled food intake and supplement with carnosine, you could still be radiant and count your wrinkles on the fingers of one hand … or alternatively, you could be heavily lined at 45 if you don’t take care of your body and your diet.

Indeed, twins with the same genetic inheritance and an identical appearance at birth can look radically different as they age. At 45, one might appear 10 years older than his or her twin for these same reasons.

Carnosine was discovered in 1900 in Russia. It is a dipeptide containing two amino acids, alanine and histidin.

Since most of the research on carnosine was conducted in Russia, it has only recently become accessible to Western scientists.

Several recent studies, however, have demonstrated carnosine’s benefits in tissue ageing, suggesting that interest in this nutrient among medical practitioners as well as the general public is set to grow substantially.

The scientific journal Biochemistry for example, reported the work of Italian researchers who in culture exposed the lens tissues of rats to either a solution of guanidine, a substance known to form cataracts, or one of guanidine and L-carnosine. Results showed that the guanidine rendered the lenses completely opaque while with the guanidine/carnosine solution, the lenses were 50 to 60 % less opaque .(1)

Scientists have also shown that carnosine protects cell proteins in two ways. Firstly, with its antioxidant potency, it prevents the formation of oxidised sugars or glycosylated radicals also known as Advanced Glycosylation End-products. (2)
Secondly, carnosine binds to and neutralises potentially harmful carbonyl groups which attack proteins deep within the cell membrane. Both these processes have huge implications for anti-ageing therapies: carnosine not only prevents the formation of harmful cross-links but also eliminates existing cross-links, thus restoring normal membrane function (3).

These scientific advances suggest that the well-informed minority who are already taking daily carnosine supplements look set to be joined by many more once greater awareness of carnosine is generated by the media.

It is indeed a central pillar of any effective strategy for reducing the effects of ageing, and one which carries no risk of negative side-effects (carnosine, as mentioned is a simple, natural nutrient).