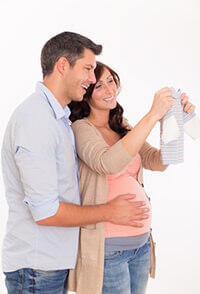 Supplementing with omega-3 may improve sperm quality. So concludes a recent study published in the journal Systems Biology in Reproductive Medicine1. In this placebo-controlled study, Spanish researchers assessed the effects of supplementation with docosahexaenoic acid, or DHA, on sperm quality. DHA is an omega-3 fatty acid more familiar for its key role in cell membranes and several organs such as the brain, retina and cardiovascular system2,3,4. These recent findings could thus lead to new therapeutic applications for DHA, notably in combatting male infertility.

To assess the link between DHA intake and male fertility, the researchers examined sperm quality among a group of 74 men, randomly divided into two groups. The first group of 42 men were given capsules containing 1500mg of DHA three times a day, while a placebo group of 32 men received 1500mg of sunflower oil. After 10 weeks’ supplementation, the researchers measured various seminal parameters including semen volume and sperm concentration, motility, morphology and vitality, as well as fatty acid composition of seminal fluid, its antioxidant status, and DNA fragmentation. While no significant differences were found in seminal parameters, the researchers observed a lower percentage of DNA-damaged sperm, as well as an improvement in antioxidant status in seminal fluid in the DHA-supplemented group. These results suggest that optimal DHA intake may have a protective effect on sperm.

Should DHA supplements be recommended for male fertility?

This new study reaches similar conclusions to those of an American study published in 2011 in the journal Biology of Reproduction5. Here, scientists concluded that DHA may play a role in spermatogenesis by enabling healthy development of the acrosome. This is a membrane over the sperm’s head which forms as a result of the fusion of several vesicles. Microscopic observation showed that this fusion was unable to take place in the absence of DHA, thus making the sperm potentially unviable. This conclusion was confirmed by another experiment conducted by the researchers. When they deprived male mice of DHA, they found the rodents became infertile. Fertility was restored once DHA was introduced to their diet.

These studies suggest that DHA may be an essential substance for the formation and protection of sperm, and in a general sense, a key element for male fertility. Though additional studies in humans are needed, this data suggests that supplementing with DHA could be beneficial for combatting male infertility.